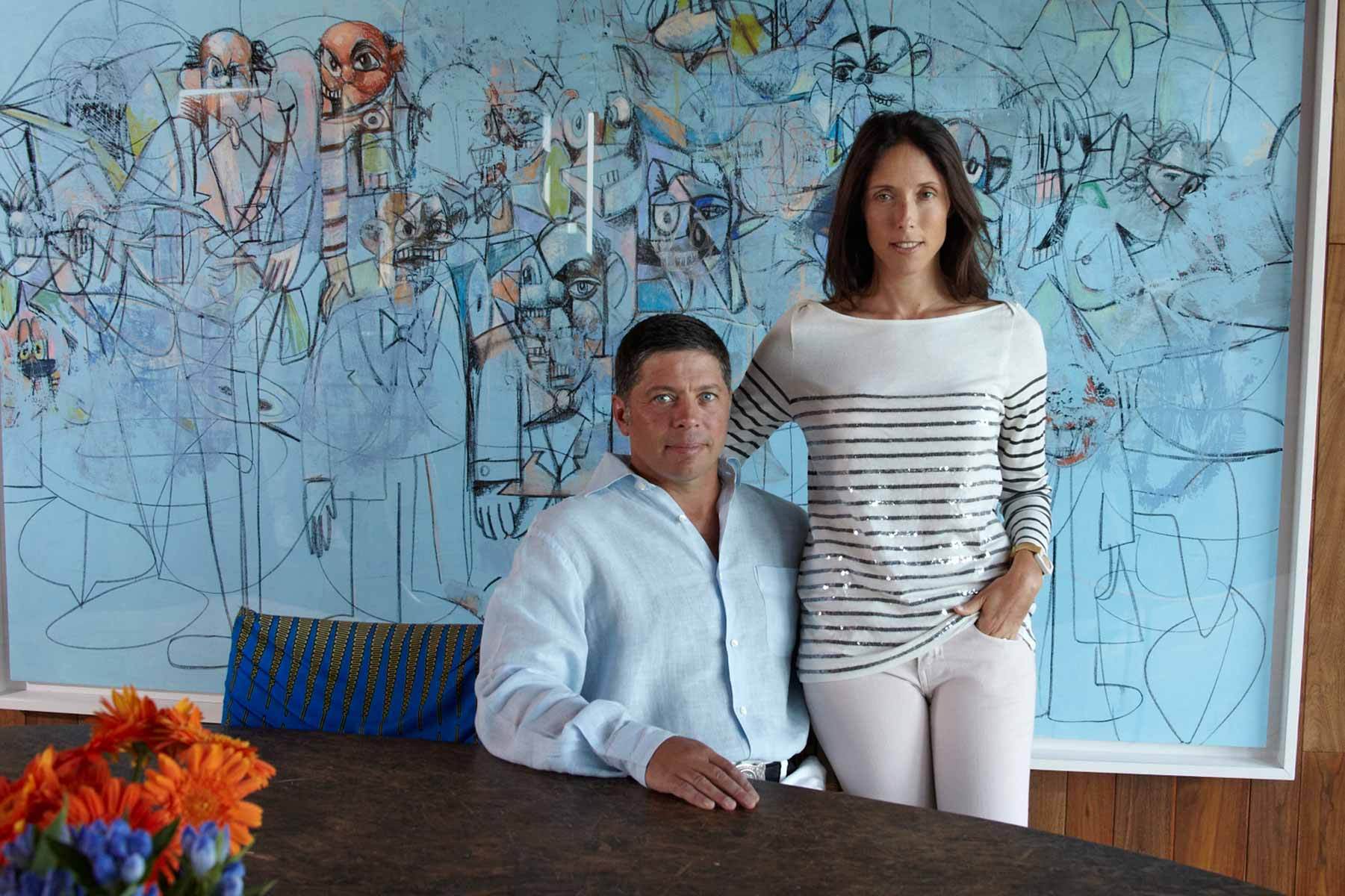 Posted at 16:03h in Read or Stay Stupid, Uncategorized by nicolas 0 Comments
0 Likes

A Collector Debunks Art as an Investment By Adam Lindemann

The last several years have brought nosebleed prices for works of art, auction records that seem to be broken almost as soon as they are made. With endless media coverage of $100 million Picassos and $50 million Jeff Koons sculptures, the general public is often left with the impression that art has not only been a great investment, it’s been the investment of late.

I, too, have taken part in the hype, by selling works into this feeding frenzy, and by writing a popular book of insights by top collectors and dealers. Collecting Contemporary was published back in 2006, and 100,000 copies in four languages were sold by the savvy German publisher Benedikt Taschen. As it turned out, there was a whole world of new buyers eager to find a “how to” manual to guide them through the labyrinth of “art as gold,” and the book found its way into classrooms and Internet cafes.

In retrospect, I was also convincing myself that my personal art collecting fever was really “art investing,” so that I could spend with confidence, without guilt, on the art I coveted.

In those days you could get a good Murakami for $15,000, and you could buy a Damien Hirst for $50,000, in fact I had just bought a Warhol ’62 Jacqueline Onassis from the Warhol estate for little more. Basquiat was always high on my list and a work on paper was expensive but still affordable, or maybe for a painting you had to pay a bit more. Either way this stuff felt cheap. I sensed in my veins that there could be a lot of upside in these investments, and I was right.

Now, almost 10 years later, I have come to doubt my previous conclusions and convictions. Each time I buy I feel I’m walking a tightrope.

The art-advisor phenomenon is a direct result of the change in the way buyers view their art buying. Today, the “collecting” audience no longer needs to be convinced their money is being well spent; they have bought into the art-as-investment thesishook, line and sinker.  So, in the same way you hire an investment advisor to manage your portfolio, and a management consultant to streamline your business, you now must hire an advisor to help you decide what art to “invest” in.Back in the boom of ’07, as a published author and bona fide art market expert, I was quoted in The Wall Street Journal and The New York Times. But, far from knowing it all, there were still surprises in store. Just over the horizon was a whole new group of people who would change the game. Appearing as if from nowhere, like a biblical swarm of locusts: The art advisors. When I wrote my collecting book, there were just a few of them, influential and very knowledgeable, so I included some (Mark Fletcher, Thea Westreich, Sandy Heller among them). But, in the last few years, advisors  have popped up literally everywhere and now outnumber  collectors 2 to 1. There are almost as many of them as yoga instructors.

Gone are the days of “I simply must have it,” today there are two serious types of buyers. The mega art buyers who want international trophy art, who have no budget limit and only want the artistic equivalent of oceanfront property. Then there’s the hot money players: Wise guys, hooligans and celebrities. They go for what’s hot, what’s going to make them look smart and make them fast money.

The theory of art-as-investment has taken off and completely won the world over; but now I see it was mostly artifice because the facts don’t support it. (I not only no longer believe my own bull; I’m waiting for the debunking.)

Sure, there are record prices for groups of “similar” artworks but each one is actually different, and yes, we can plot on a graph the upward value trend of the top artists, but the art market as liquid, as reliable, as immune to fads, fashions and the economy, is a fiction. (One trick of the trade: Works by artists whose market has cooled often aren’t offered, so there’s never any public collapse, there’s just a … disappearance.)

This wasn’t such an issue 10 years ago, when prices were low enough that if you had a winner, it could pay off 10 times, or even more. Almost everything of  fine quality was a buy in 2004, and it would have been a good investment. Today the stakes of the game are higher, most things are fully priced, so collectors seek out advisors to give them comfort: Nobody wants to get burned.

These last few years it was Russian oligarchs, but now Vladmir Putin won’t let them spend, so luckily some Chinese tycoons and their mistresses filled in.The unspoken truth is that a reliable resale market for art does exist, but only for certain very famous or very trendy artists at any given point in time. The general public doesn’t realize, however, that these re-selling opportunities are temporary and rely on the fickle interest of the nouveau riche of any given season.

For the last several years, the top end has been absorbed by money-stuffed hedge fund parvenus and, lest we forget, some of the various Arabian royals and their relatives. Sometimes they buy art for tens of millions, and sometimes some apparently fund Hamas and other terrorist organizations with those same millions, but no one in art seems to mind as long as the check clears.

O.K., you bought some art so you think some of that money will soon be yours? Not so fast: The “whales” only want obvious and incontestable works from famous artists, trophies of the old guard, that they can hide away in Gstaad, a Swiss freeport, or their Middle Eastern palaces. You could get lucky, but it’s highly unlikely.  How often have I walked through an art fair wondering how much of the stuff that’s less than 10 years old will be forgotten—and soon?

Does the fact that a Christopher Wool word painting or two can somehow trade for $20 million mean that the art market is healthy? No! Why would it? His market is off the charts, though don’t forget Christie’s failed to sell one for half that price in the last London sales (a dealer got stuck with it).

But wait just a second, does your art really need to be an investment after all? What’s the matter with visual pleasure and the excitement of the now, with no promises of what the future brings. What’s wrong with people selling a bunch of new art? Nothing whatsoever if they don’t wrap it in disingenuous marketing, telling buyers that they are “investing” in art, not simply consuming it. Let’s face it, most art purchases have no “real” intrinsic value, and the vast majority of art collections are mostly tchotchkes, from a strictly “investment” point of view.

Back in 2005, I asked Larry Gagosian if he believed art was an investment. He answered laconically: “Art is an investment, but that doesn’t make it a good investment.” At the time I thought his response was genius, but I’ve now changed my view, because investing requires cold analysis and objective thinking, and there’s no art in that. Art collecting is a different thing, it requires interest, patience and hopefully some passion, or at least intellectual curiosity.

I once asked the artist Richard Prince what made art so great, and he answered: “What else is there?” I’ll buy that, but does that make it an investment? Only if you can sell it.