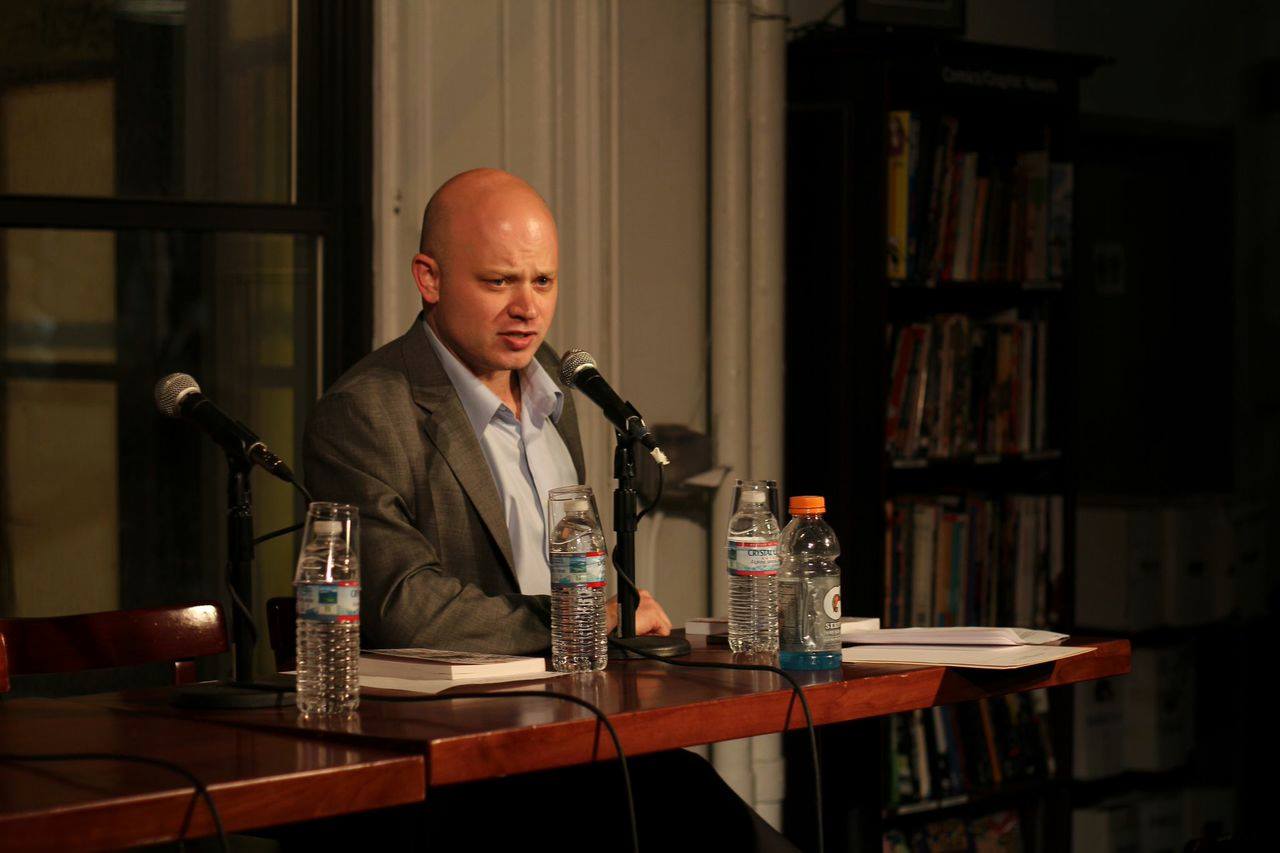 27 Mar Ben Davis wonders if the smartphone/picture culture will save or sink art?

Posted at 16:11h in Read or Stay Stupid by nicolas 0 Comments
0 Likes

Is the iPhone a Blessing or a Curse for Art and Artists? by Ben Davis – Art Critic

In 1951, Hans Namuth first published his photos of Jackson Pollock at work. They were meant as documents of the famed artist’s process. But all over the world, people looked at them and saw something else.

In Japan, Jirō Yoshihara and other members of the Gutai group saw them as signal of a new kind of “performance painting,” where the event of creation was as important as the product. In the States, Allan Kaprow had the exact same kind of epiphany: He would credit Pollock as the godfather of Happenings.

Suddenly, art swiveled around, and an aspect of it that seemed to have been a mere side note became the main attraction. That is how art history happens sometimes.

I had a similar moment when I went last summer to see Kara Walker‘s A Subtlety: or the Marvellous Sugar Baby, her massive and massively popular sculpture of a sphinx made of sugar at the old Domino Sugar Factory (see Kara Walker on Her Bittersweet Colossus). The giant creature dominated one end of the vast space, the path towards it dotted with the life-size figures of boys made from brown sugar, liquefying in the heat, symbols of an unreconciled history of racism and exploitation.

But that wasn’t what struck me. What struck me was the people. Everyone (including me) was swarming the space, drilling their smartphones into it, skinning it for images. Everyone.

During the run of Walker’s show, a controversy flared up around this aspect of A Subtlety. Some visitors were posting lewd selfies to Instagram, pretending to lick the sphinx’s vulva or tweak her breasts, or striking gangster poses in front of it. (See Kara Walker Sugar Sphinx Spawns Offensive Instagram Photos.)

Unfortunate as it was, the upwelling of offense had the real virtue of illustrating one important thing: That for many, many viewers, interfacing with an artwork through their phone trumped reflecting on its themes. (Walker herself incorporated this insight into the project, making a documentary film about visitors’ interaction with the sculpture.)

For me this was an ah-ha moment similar to what Yosihara or Kaprow must have felt looking at the Pollock photos. The center of the art experience is clearly migrating to a new space.

In effect, I realized, now every art show, whether it focuses on the hairiest Post-Internet transmissions or on Hudson River School painting, is by default a multimedia experience for a great portion of the audience, because interaction via phone is a default part of the way people look at the world.

The Economist has just christened the smartphone the “truly personal computer,” and the “defining technology of the age.” Empires are being built on its ability to disrupt business. So yes, of course, this disruption will extend to the museum world.

“Digital as a dimension of everything” was a motto coined by the Tate in 2013. If this credo hasn’t come to your local art museum, it will soon. The tension/fusion between smartphone and art will clearly be one of the dominant themes of the immediate future.

In the course of just two days this past week, the New York Times released two articles on the subject. The critic Holland Cotter has a fretful piece, talking about how all those #artselfies risk undermining considered engagement with art objects. On a more upbeat note, reporter Michael Cannell talks up a startup trying to help museums use smartphones to tempt millennials.

I’m of two minds about the matter.

On the one hand, you have to take seriously the long-term crisis museums are facing, with attendance declining. Museums are, at their core, advocates for traditional visual culture in a digital world, so there’s an aspect of “adapt or die.” (In The Participatory Museum, Nina Simon makes the case, via copious examples, that technology can help advance the mission of drawing new audiences into art.)

As annoying as all the distracted and distracting phoneplay in the galleries can be (see Are Museum Selfies Endangered?), it is simply a manifestation of what we have known for a very long time: the old-school “communing-with-the-masters” experience is by far the least common reason people go to a museum; by far the most common is to use it as a prop for socializing—on a date, on a family outing, with friends, and so on.

At the same time, I think that Cotter is clearly right that there is a potential loss, in terms of perception, when museums are viewed first through the lens of a phone. Gadget culture inherently pushes you towards a way of seeing that is distracted, addicted to the new and the novel, and flip about materiality, since it is based on consumer-tech obsolescence.

None of this sounds like a particularly promising basis on which to build the case for fine art. One may be legitimately concerned that by feeding the public’s gadget addiction, museums risk accelerating their own ultimate obsolescence as well. The clever technology used to draw people in—like the Cleveland Museum of Art’s much-touted “Collection Wall,” hailed as the “US’s largest multi-touch screen“—could easily become a more memorable part of the experience than the art itself.

Again, what appeared to be a side note becomes the main attraction.

Is there a way to square this circle, making artworks relevant in a mobile-minded present without compromising their particular rhythms? In fact, the only thing more contemporary than the obsession with smartphone culture may be anxiety about smartphone culture—there’s been a flood of talk about the need to be bored, about the right to spaces of mental silence.

Museums should really be at the center of this discussion. In her article “The Power of Patience,” the art historian Jennifer L. Roberts writes about assigning her students to look at a single painting in a museum environment for a painfully long amount of time—not just to learn about the art itself, but because she thinks that, in a pedagogical way, “deceleration, patience, and immersive attention” have particular relevance in the present.

“Every external pressure, social and technological, is pushing students in the other direction, toward immediacy, rapidity, and spontaneity—and against this other kind of opportunity,” she writes. Painting, she thinks, might connect to a different kind of “temporal experience.”

It could be that, in a paradoxical way, art museums have the chance to be newly relevant not in spite of the fact that they are not of the digital present, but because of it. Mark your calendars for “Slow Art Day.”

At any rate, what is clear is that the decisions made about whether and how visitors interact via their devices are now at least as important as other details that seem extraneous but are fundamental to how the entire experience works, like lighting or labeling.

At this point, it may already be much more important than these things, actually.

Hans Namuth’s photos transformed the way people looked at Jackson Pollock’s art. They also brought him enduring fame. Pollock, however, hated them; he thought they turned his spontaneous process into a performance; they made him feel inauthentic. In some accounts, the resulting crisis of confidence is credited with goading him on to his death.

They were, in other words, a blessing and a curse, helping him unlock his art and undercutting its motive force.

This is also how art history works sometimes.

Whether it will be the same with the hordes of Namuth copycats who swarm around art today—whether smartphones offer a bridge to relevance or cut it off from its deepest energies—is hard as yet to say.