Extracts from our Picture & Message Culture by Kathy de Nève 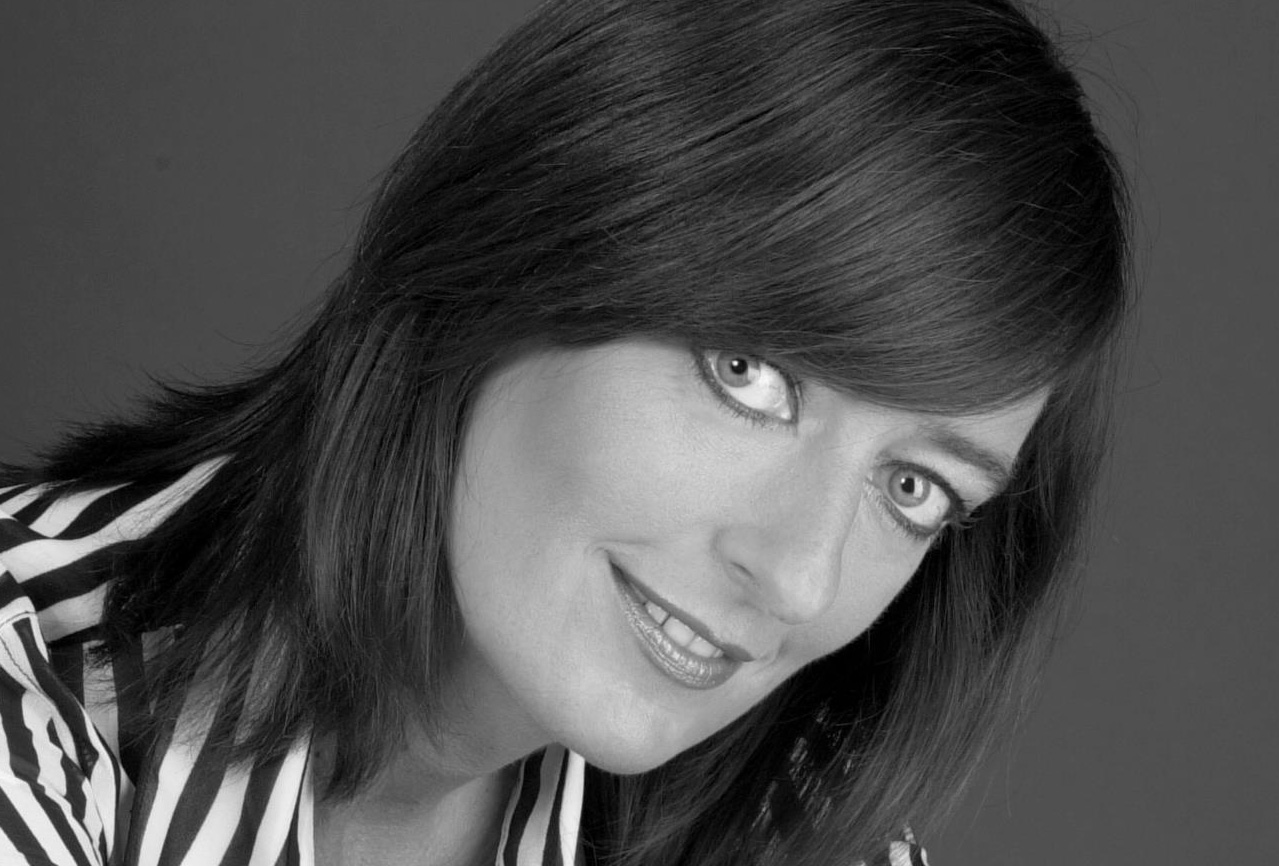 Posted at 09:28h in Read or Stay Stupid, Uncategorized by nicolas 0 Comments
0 Likes

LEROY BROTHERS, the creative brain behind the innovative concept ’Witness Your World’. Three brothers, in their thirties, with a vision. In 1997 they officially sign their first painting, from which a first series is created. These works have little to do with what they produce today, except they also contain text and imagery. Leroy Brothers work similar to a creative agency, where ideas are launched, discussed and eventually executed. The ideas are there. The form follows automatically.

WHAT THEY MAKE could easily be categorized as ‘Digital Art’. However, they don’t see it like that, as digital art evokes too many limitations. ‘There exists different kinds of art for us, from which each time great and terrible versions exist’, they say. ‘A first kind of art is aiming to create a wow-effect; art that evokes emotions or excitement due to its shape, colours or sensational character. The kind of experiences Edmund Burke describes in his search of the sublime. Artists such as Anish Kapoor, Richard Serra or the young Brazilian artist Henrique de Oliveira could be placed here, but also those from the typical ‘in your face’ art Charles Saatchi collects, such as the Chapman Brothers. Secondly, we have the more intellectual art, which asks a certain knowl- edge and study. Art that is supported by the likes of Harald Szeeman or Jan Hoet. In this category we could find artists such as Bruce Nauman, Lawrence Weiner or Joseph Beuys. In the third category, we find art that combines the two previous ones. Art that can be appreciated by the art novice as by the specialist. Here we could find Jeff Wall, Do-Ho Suh or Thomas Hirschhorn. It is in this spirit that we try to make our work.’ A fairly high yet realistic ambition so it seems. Succeeding the local exhibitions in Belgium until 2008, follow The Netherlands, France, China and Russia. What is the key of their success? ‘To choose for an art career is quiet a thing,’ the artists proclaim.’ There are so many great artists that will never receive the recognition they deserve and the opposite is often true as well.’ In the book How to be a Successful Contemporary Artist from A to Z they published in 2011, Leroy Brothers highlight in a playful manner different factors that determine if an artist becomes successful or not. ‘Coming up with good ideas is one thing. However, a well-defined strategy, a solid work methodology and an expanded network is also vital.’ They have their ideas on the subject matter…

IMAGES AND WORDS. From all over the world. Pictures that are complemented with messages that encourage viewers, make them ponder or even invite them to participate. A trip around the world. In this regard, Leroy Brothers are on a similar mindset as for instance the American conceptual artist John Baldessari (1931, California), who puts images and words on the same level and even goes as far as saying a work is not complete without words. In the 1960’s, Baldessari demonstrates how the combination of the storytelling capacity of imagery and the power of language works. We could see the work of the three brothers as an objective interpretation on the work of Baldessari, in a contemporary version obviously. ‘Words and images have never been as omnipresent as today. Teens are writing to each other as never before and are constantly communicating with photos and videos. We try to integrate this new Picture & Message Culture, as much as possible in our work. It is in a certain extend the responsibility of an artist to capture in his work the Zeitgeist in which he lives.’

ART INVOLVING THE WHOLE WORLD. Wasn’t it Andy Warhol who already proclaimed “In the future everybody will be famous for fifteen minutes”? It tells a lot of the visionary capacity of Warhol, but also about the society we are living in. As this future is now!
Art will always be. Artists create consciously (or unconsciously?) because of – and thanks to – the surrounding, the culture or the political situa- tion that they have to cope with. In this sense we could opt that society is making art. And breaking it! Besides all the obstacles, what does the artist expects from the audience? In How to be a successful contemporary artist from A to Z Leroy Brothers explain, “The most important thing is finding your audience…” ‘Viewers become, ideally, active users of our Internet community “Witness your World”. It becomes their turn to share their world with the world. However, what interests us most is how our actual work will be perceived in the future. How will people look at our work in about 50 years from here? And how well will we have documented our world in our works? Andy Warhol is much more interesting today than during his own lifetime. When looking at his work, we can draw direct lines with reality TV, one-day celebrities, globalization or even the Hirst empire (Damien Hirst, red.). If we keep on studying Warhol today, 25 years after his death, we can assume that he left a considerable trace and he stands the test of time well. Art made in a previous era with different influences – political or social – but still so relevant today.’

VISIONARY AND UNIVERSAL seem to be the key words for success. ‘A universal character of our art is the urge for recognition that lives in all humans. We all need confirmation of our existence or our acts. It’s a universal need explaining the incredible success of social media. Simply, how sad isn’t it to post something online and no one reacts? What we developed and propose is an answer to this need. Just like Facebook or Twitter we offer an empty box, which can be filled and amplified by anyone in the world. Those who receive lots of positive reactions from other users, earn recognition by being included in an artwork.’

LEROY BROTHERS ARE AIMING FURTHER than the art-loving audience. In the summer of 2013, they design the new album of the most influential Russian pop/rock band Mumiy Troll. By doing so, they touch a completely different kind of audience. From there the right connections grew to show in Russia – in the prestigious MMOMA among others. Years ago in Belgium, Leroy Brothers already cross-linked disciplines with for example author Walter Van Den Broeck or lead singer of Gorky, Luc De Vos. ‘It is our way to get art out of its elitist niche.’
Leroy Brothers are plenty of innovative ideas. They belong to the kind of artists that are not only influenced by society. With their unique vision on the world they definitely have their own influence on society. ‘We keep on looking for new collaborations that can provoke interesting and exciting results: music, fashion, advertising, magazines or movies. We are ready to take the most exotic challenges.

BORN IN GHENT, LEROY BROTHERS LIVE AND WORK in the South of France, but spend a great part of their time away. Until 2008 they showed regularly in Belgium, but never in Antwerp. Half of a home game, they say, as they remain from Ghent. The most important of this exhibition is that they can install a clear and comprehensive show in their home country. ‘It is the perfect opportunity to show to our early supporters what we’ve been up to.’

EUROPE, CHINA AND RUSSIA. Are we Europeans doing the right thing to art and artists? ‘Europe and of course the United States are still far ahead. After living and working in China and now that we travelled to show in several parts of Russia, we understand that both countries still have great developing possibilities regarding the contemporary art scene. We also notice that intellectual art encounters great difficulty to find its place.
Maybe because they didn’t have Duchamp, our godfather of conceptual art? In such a crowded country as China we obviously find artists that really have something to offer. We can think of Ai Weiwei, Cai Guo Qiang or Zhang Huan, for example, but the majority is producing very superficial art. Copy/paste art if you want. Although a younger generation with razor sharp ideas is coming up. Lu Yang, Li Liao or Kwan Sheungchi for example. The amount of contemporary art galleries from a good standard is much lower than what we know and censorship is unquestionably stopping many artists to create what they really want to. Those who take the risk can follow in the footsteps of Ai Weiwei or Pussy Riot. If we hear for what facts Weiwei or Tolokonnikova have been charged and condemned, we easily refer to dark ages. As an artist you need to be free to create, detached from everything else!’

LEROY BROTHERS LEARNED A LOT FROM OUT-SIDERS such as Warhol, Delvoye, Murakami or Koons. Especially from their approach and the way they look for new ways to undermine the existing art system and alter it.
Other inspirations range form Marcel Duchamp to the young French artist JR, who is a master in creating awareness on specific topics with his social projects.

ART THAT BRINGS PEOPLE TOGETHER to share inspiration. Is this good or bad art? We could ask the question to a broad audience. Then, why not, plead for words and images. Think about the symbiosis between word and image to result in a universal story and become witnesses of our world. Our world in which we live today and pass on to next generations. Leroy Brothers have no limits. Not in their work and not in the world. Everything is possible. Universal statements they take along, upwards into the future. Ideas that change the world and bring people closer to each other. Projects that offer ways to communicate and open up minds. We could call it GLOBAL ART. This can only be good art, in every sense of the word.