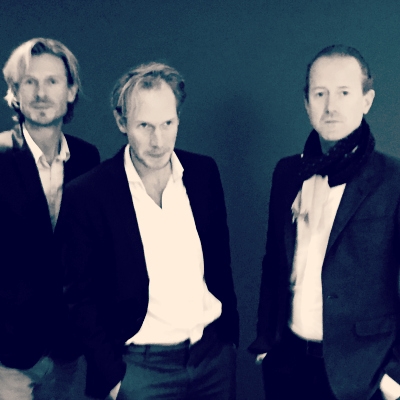 In 1997 Leroy Brothers collectively create a painting for the first time, after being inspired by the film BASQUIAT from Julian Schnabel. The brothers had been creative since childhood, but this first collective painting marked the beginning of a long and serious artistic collaboration. However, it wasn’t until 1999, when they had their first gallery exhibition in Nice (FR), at Galerie Art 7, that they realize their passion could be a profession. In 2002, a first institutional show follows at CIAC (Centre International d’Art Contemporain Carros), curated by Frédéric Altmann. After the exhibition, Leroy Brothers are shifting away from their initial style and start using the internet as main source of creativity. This marks the beginning of the artistic path they still follow today.

Ian Wallace writes in his essay What Is Post-Internet Art? Understanding the Revolutionary New Art Movement (*)that “Net Art refers to art that uses the Internet as its medium and cannot be experienced any other way. Post-Internet art makes the leap from the screen into brick-and-mortar galleries.”

Since the Myspace Portraits series in 2003, it could be stated that Leroy Brothers’ practice fits in what post-internet art is about, as their net-based art never stuck on the screen and systematically made the leap into the tangible world.

Secondly, Ben Davis declares in his writing Social Media Art in the Expanded Field that “The only thing that would be ‘social media art‘ in the full and genuine sense would be a social networking service actually designed as an art project, which would raise all sorts of questions.”

Witness Your World – developed since 2006, first as Axel King then as BDRTist – is a project that qualifies for both statements.

Belgian brothers Nicolas (°1979), Gilles (°1978) and Gregory (°1975) are the creative minds behind the art collective Leroy Brothers. Nicolas studied Fine Art at Villa Arson (Nice, France) and at The Cass (London Metropolitan University) while Gregory and Gilles are autodidact. They currently live and work in Belgium and in France.

(*) The term Post-Internet was first introduced by Marisa Olson in an interview of 2008, who employed it to describe the necessity and inﬂuence of the internet on everyday life and subsequently, art practice, though it appeared in Lev Manovich’s deﬁnitions of post-media aesthetics in 2001.