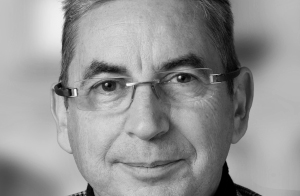 When I first heard of  Axel King as referring to a new Project by the Leroy brothers, I was shocked. What the heck was this kind of name? An attack on Monarchy? A juvenile expression of narcissism?  Or just a result of an instant insight of the artists?

A couple of weeks later I was presented to the so called Axel: a virtual male representation of the 2008 Homo Sapiens edition. The resemblance was astonishing. A slim, nicely dressed young male: a universal looking face and body format, as the ones you could easily imagine taking part on fashion shows. The kind of male who is open for contact, but without entering in real interpersonal dynamics, aiming to spread his own virility through specific physical signs, such as an almost not perceivable beard and an attitude of I am not interested, but you could be of interest. A guy around his thirties, who is looking for outside admiration and searching for everyone’s acceptance.

Buy the way, it’s very difficult to look at Axel, since he doesn’t look at you. Sunglasses with no sun in your eyes is the utmost protection against interpersonal contact. You cant look inside. And in his case there might be no inside to look at!

As a senior manager I have always spread my conviction that one should never look in people’s files, but in their eyes. But  Axel is not a person, he is a process wondering around through invisible channels, trying to convince the real world of his existence. A difficult mission; “mission impossible”.

But then, if one takes a look behind his representation and observing who he really is, a process, it is not so hard to define him as a servant. A servant who’s a look-alike of his boss. But unlike Axel, his boss is part of the real world, a world consisting out of four dimensions. The unpleasant surprise, however, is that Axel cannot replace his boss and that the other way around will never be possible either.

Nevertheless, both of them make part of one whole general dimension and it seems to me that he (it could have been Axelle Queen if the creator would have been a woman) is a member of that upcoming generation which we could define as the “net generation”.

From a business viewpoint, in what this generation is of interest?

Well, first of all, they (the people) will absolutely become our future business leaders in ten, say fifteen years, just like the present ones took over from their predecessors a decade ago. And their relationship to the world will be dramatically different from the one the present generation of business leaders have.

In many aspects future organisation are very likely to be different. One could ask, aren’t we witnessing the collapse of large and global organisations or on the contrary is the present crises just a pause in the ongoing globalisation of multinational structures.

In my view it is quite tempting to answer”yes” on both questions.

Indeed, globalisation (which seems to be a nicer word than M&A) installed by the present generation of business leaders provides economies of scale, be it on the production side or at the consumer side, and so leading towards a competitive advantage for the (large) organisation. However, if we take a closer look at the rise and fall of these conglomerates, it looks like their corporate center structure is not at all a guarantee for prosperity. Their command and control paradigm starts leaking on the control side. Since competitors have the same “me too” strategy, one needs to shift on speed to stay ahead, paying the price on less quality and taking more risks, floating away of their own heart, their core business. It is quite interesting to see that the style in which M&A is managed, is ultimately determining the success of such operations.

The most successful style, as far as I have witnessed, I would like to describe as the centered-not-centrered approach. To put it in the words of the former and extraordinary leader of AXA, Mr Claude Bebear: “Tout, sauf”, meaning that everything was delegated locally, except some very critical business elements, assessed as being very important to the Group.

Due to this approach, and sticking to some major principles, AXA has became the fastest grower in Financial Services during the past 25 years.

So apparently, fast and flexible and dedication to Corporate Identity seem to be major ingredients in creating Globalisation and playing guiding role in it. But there is more. There is also complexity.

In the example of AXA, Mr Claude Bebear maintained the business complexity on a local, manageable level, which directly means that creative energy was not invested in developing other systems than those which directly supported the Core activity. Creativity was directly focussing on the business and the customer and was not spoiled on systems of which one could argue on their bottom-line contribution.

But there is more still: one of the problems with our 21st century economy is the difficulty on finding global leaders, able and willing to lead extremely high complex organisations. These geniuses don’t seem to like quarterly reports serving the US stock exchange. Their life is possessed by the search for meaning, and the economical world is only just one part in this process for them.

So maybe Globalisation is doomed to accept the small is beautifulâ paradigm, developing clusters with preferred partners, fully delegating responsibility, creativity and business processes. In a way, this approach might be making the world smaller through creating more inter-action.

In taking this viewpoint, Axel King seems to me the prototype of our future generation managers, people who are able to define and share an attracting core, but at the same time delegating the creation and production of art on a Global Scale.

I have always known that I was born too early.