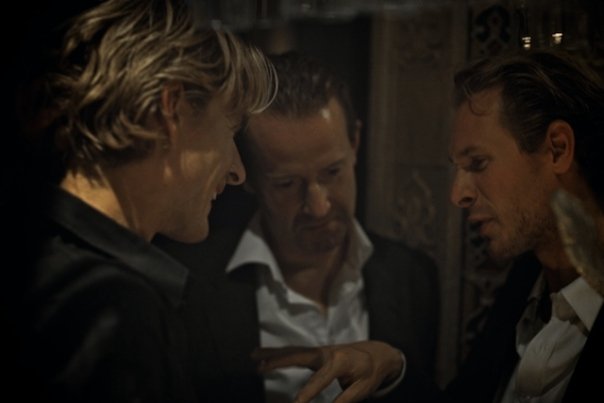 09 Feb ART AS A WITNESS OF SOCIETY: AN INSIGHT ON “WITNESS YOUR WORLD”

Posted at 11:24h in Read or Stay Stupid, Uncategorized by nicolas 0 Comments
0 Likes

Art reflects society. It is a witness of a certain era. Artists are responsible to capture this period of time and represent it through their art.

The invention of perspective for instance, became the framework in which to visually represent nature and history in paintings as seen with for example Raphael. This became an affirmation of the validity of human experience and perception, characterizing the Renaissance. In the impressionist paintings of Monet, we can also sense the reaction against photography and witness the invention of paint tubes.

In Pop Art, we are once again subject to the complexity of technological change. In contemporary art, the main focus has debatably shifted towards context. This implies that the originality and uniqueness has been framed within the boundaries of the ability to re–represent already produced artworks. This inevitably leads to evolutionary art forms and artworks and not to revolutionary ones.

Of the couple of dozen theories that aim to explain how mass media impacts art, how many of them are still valid today, when mass media is unquestionably metamorphosing into social media? Social media has had an exponential impact on the ways people interact with each other and the world. Networking sites such as Twitter, Instagram, LinkedIn and Facebook have changed how individuals receive their news, do business, form relationships and structure their careers. For Leroy Brothers, it is this interplay people have with each other that is the drive affecting their artistic production.

Leroy Brothers have been creating art since 1997. It was at that time that the Internet in Europe came up. Ten years later, in 2007, after several internet-inspired art projects ranging from MySpace user portraits to QR sculptures to the production of oil paintings from digital designs (produced in Dafen Painter Village, China), they started to develop their our own web platform, which came to be known as “Witness your World”.

Today, anyone can take a photo of a scene, which can be perceived as artistic, and share it with others. This, in turn, could be claimed as art. This reinforces the idea that every one of us has at least one, two or three great photographs in them. The concept of art has lost its complexity, thus becoming more technologically driven and adherent to the new cultural and artistic frameworks and concepts. As a result, it is crucial to identify the pattern and direction of the contemporary art movement in order to define its future implications.

The Internet at large, and social networking sites in particular, have blurred the distinction between front and back stage, something that some social theorists would argue is a feature of postmodernity. In a postmodern society, public and private merge and cannot be clearly separated. Sociological changes like these caused by social media can have inherent advantages in several areas of life.

Leroy Brothers’ platform “Witness Your World” is an internet-based workflow that produces artworks, mashed-up by automated algorithm and without any deliberation. Users submit pictures and messages, which can be voted for or against by other members of the network. Every 100 hours the highest-voted works get mashed up into a new piece of art.

Witness Your World is not “just a machine that generates artworks”. The content of the images and messages function as an instant mirror of society: information of the immediate and even the superficial as often opposed to the content in photojournalism or staged photography. Contributors share their world with the online community, and each submission eventually ends up being part of one of the artworks. The result is a multiplicity of views of the world from different artists, synthesized into the artworks.

“Witness Your World” makes it possible to be a witness of countless visions around the world at the same time. The platform daily collects information ranging from the everyday-life scene in Shanghai or the fascinating street culture in London to the landscape of conflicts such as the Maidan Revolution in Ukraine.

Photography emulates the way that our mind freezes a significant moment. What is shared on the platform will eventually be immortalized in an artwork and become a window into what happens now for future generations, thus functioning like a flashbulb memory of our current society.

In the mash-ups we can state that as the various elements that compose the final artwork mingle, they often form conflicts and contradictions that somehow manage to coexist despite their situational improbability. One person’s picture or message can create an interactive discussion, thereby rebranding the submission at a grassroots level.

Contemporary art is noted for its ability to express views and opinions with others. And this is ever easier to do in our age of interactive, social media. Therefore, people have a more enhanced access to the artworks, which results in the emergence of inspiration to produce art.

Artists such as Andy Warhol and Roy Lichtenstein, who appropriated imagery from popular culture and commodities like Campbell’s soup cans and comic books in their work, blurred the lines between high and popular culture. More recently, the Internet and the rise of digital culture are removing what little distinction is left. Everybody has his or her say in everything now. Blogs have made everyone a journalist! Wikipedia has created thousands of new scholars! Tripadvisor has bombarded us with hotel and food critics! Facebook has simply transformed everyone into a star! Instagram has made everyone a photographer. Well, in today’s saturated media world it’s time to make everyone an artist…

As said, it is the task and mission of the artists to mirror social phenomena. Our tools, being the Internet, social media and crowd sourcing, are excellent instruments to create art that has meaning beyond just an image. It is art that is accessible and global because the tools are, and it may make you think in ways you never expected to. Leroy Brothers’ Witness Your World is a way of creating a sense of identity in a uniform world—submitting pictures and messages are ways of making statements about who we are. Descartes, the 17th century French philosopher famously wrote, “I think, therefore I am”, which we might now alter to “I share online, therefore I am.”