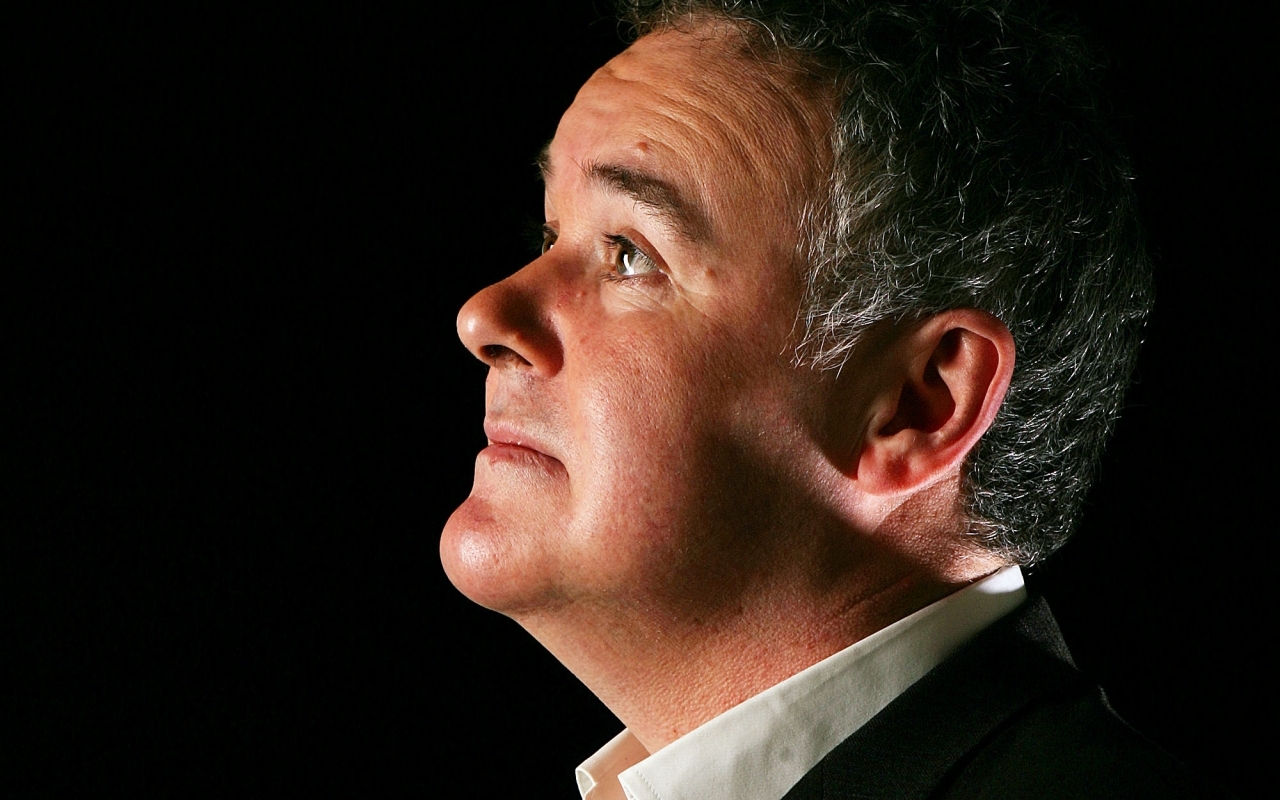 18 Mar Adam Curtis on the dangers of self-expression

Posted at 08:34h in Read or Stay Stupid by Gregory Leroy 0 Comments
0 Likes

Art is good; self-expression is great. What it isn’t is a substitute for political action to transform the world and challenge power.

Art is a very good way of distilling and describing the world and the mood of a time. Some of the painters who painted the wives and families of the robber barons of the 19th century tell you a great deal about what that world was like.

Maybe there is a new radical way of looking at the world. A new exciting, fresh way which we haven’t seen yet because it doesn’t fit with our preconceptions. Every age has a thing that it deeply believes in that 50 years later people will look back and say, “My God, look how conformist they all were.” You look at photographs of men in bars in the 1930s. They’re all wearing exactly the same clothes and same hats.

We may look back at self-expression as the terrible deadening conformity of our time. It doesn’t mean it’s bad and it doesn’t mean it’s a fake thing. It’s gotten so that everyone does it—so what’s the point? Everyone expresses themselves every day.

The history of modern self-expression dates from the hippies. It comes into focus with the collapse of the new left at the end of the ’60s and early ’70s. Patti Smith wrote a very interesting book called Just Kids, which is a memoir documenting her relationship with Robert Mapplethorpe. She’s very clear that people like her are absolutely fed up with the idea of giving themselves up to marching with groups, because what’s it doing? It’s doing nothing.

Instead what you do is express yourself. You express your anger with the system in an imaginative way as an alternative to the failure of the left. That’s where it starts, and it’s exciting. You can feel the excitement in her book.

I made a series called “The Century of the Self” where I showed that in the ’70s capitalism went through a great big shift. It went away from this idea that it was just selling goods that are all like each other, so everyone looked the same and wore the same clothes. Capitalism reinvented itself and started to sell you a much wider range of products so you could express yourself.

What seemed rebellious to the artists was actually a reflection of something much deeper that was happening within the very power structure they didn’t like. Capitalism was actually becoming like them.

What you don’t see is what people in the past were more able to see. When you are in groups, you can be very powerful. You can change things. You have confidence when things go wrong that you don’t when you’re on your own. That’s why the whole concept of power has dwindled. We’re encouraged just to talk about ourselves and our feelings towards others. We’re not encouraged to see ourselves as part of anything.

But the computers know the truth. They see us as a group. We’re actually quite similar to each other. We have the same desires, ambitions, and fears. Computers spot this through correlations and patterns.

Computers can see us as large groups, but they’re glum and only aggregate us to sell us stuff. In reality, the computers give great insight into the power of common identity between groups. No one’s using that. What’s sitting with the computers is a way of seeing new groups, new common identities between people.

Collective self-expression is what was politics. You express your unity with people by surrendering yourself up to it. The most recent powerful example of it in the US was the Civil Rights Movement.

In the 1950s, young white activists went down to the South, worked with the young black activists for years. Many of them were beaten up; some of them were killed. They surrendered themselves to something, and they changed the world using that power.

There are different definitions of freedom. The contemporary idea of freedom is very much an individualist one. I, as an individual, want to be free to do what I want to do.

There is another definition of freedom which simply says, “In whose service is perfect freedom.” By giving yourself up to the Lord, you free yourself of the narrow cage of your own desires and your own selfishness. You become bigger. You become a bigger person and part of something.

The idea of individual self-expression—whilst feeling limitless because the ideology of our age is individualism—looked at from another perspective is limiting because all you have is your own desires. There are other things that could free you from that. It’s a different kind of freedom.

I was reading a sociologist called Max Weber the other day. Back in the 1920s, he was predicting that we would all be taken over in a bureaucratic age. It could be left wing or right wing, but we would enter into what he called an iron cage of rationality. It would be a wonderful world where everything was managed, everything was rationally done. But what you would lose was enchantment. It would become a disenchanted age. You would miss the sense that there are things that are mysterious and wonderful in their mysteriousness. He said, “The price you pay for going into the iron cage is you become disenchanted.” I sometimes wonder whether conspiracy theories are an attempt to re-enchant the world in a distorted way.

It’s like religion knocking on the door and trying to come back in a strange and distorted form. A sense of mystery beyond our own understanding of the world. If you ever talk to conspiracy theorists, that’s the sense you get from them. A sort of almost romantic sense of awe that there is this dark mysterious thing that a rational thing could never penetrate. That’s sort of religious.

Maybe what’s trying to get back into our world is enchantment, and the only way it can come back in is in these strange distorted ways.The downfall of capitalism is that it’s become appropriated by rational technocratic disenchantment. It’s become an iron cage. It’s trapped us. Some new form of enchanted myth is going to have to come back in.

A myth that tries to explain the things you don’t understand and gives you a sense of consolation beyond your own existence. I think that’s really good. We’re missing that. Take a mythical force like religion and talk about things like power that normal, boring, limited, rational technocratic journalism can’t. It dramatizes them beautifully.

Melodrama is the next thing. The heightened sense of things as a way of jumping out of this failed rational technocratic cage that we’re in where finance says you’ve got to do this, or austerity says you have to do that. It’s so limited. It’s so dull.

The trick has to be that it allows you still to feel you are an independent individual. The hyperindividualism of our age is not going to be going back into the bottle. You’ve got to square the circle. You’ve got to let people still feel they’re independent individuals, yet they are giving themselves up to something that is awesome, greater, and more powerful that carries them into the future beyond their own existence. That’s what people are yearning for.